- COME WITH US ON A FASCINATING JOURNEY THROUGH TIME! - 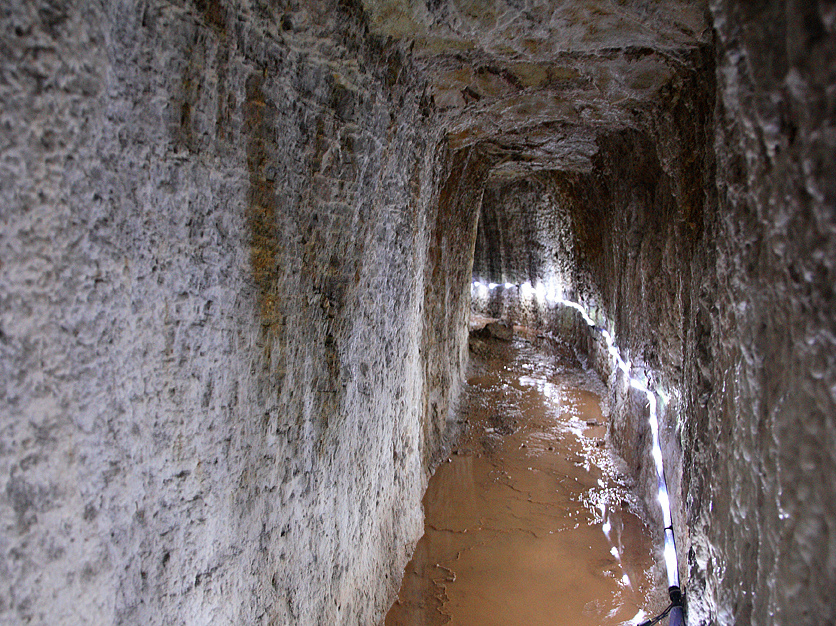 Come with us on a fascinating journey through time!

An expedition through the hidden cinnabar mines followed by an aperitivo What was Cornacchino before the horses came? What happened here and why does the place bear this name? If you want to find out about Cornacchino's past, you have to dig deep in the truest sense of the word. Because inside the mountain, under the wide paddocks and barren slopes slumbers the history of its origin. We invite you on a journey through time into the depths of the mysterious cinnabar mines. Come with us on a two-hour hike and let Cesare and Reno, two native Castell'Azzarians, take you back to the fascinating times of the Etruscans, the arduous mining and the successful integration. The (time) journey is worth it!

The cinnabar mines open their doors for you

Anyone who has visited Cornacchino knows about its magic. Have you noticed that its history can be seen and guessed everywhere? The place tells us a lot - just by its location, the architecture of its buildings and, of course, the surrounding nature. But probably the most important piece of the puzzle of history is hidden.

Cornacchino is just a pin in the entire surrounding landscape marked by volcanic eruptions. Yet it is here that a significant piece of human history is concentrated. That's why we've asked Cesare and Reno to open the doors of the mysterious cinnabar mines for you once a week. The two native Castell'Azzarians have a very special relationship with the Cornacchinian "underworld" - one as a geologist, the other as the son of a mining family.

They will share their amazing knowledge with you on a two-hour guided tour of the Cornacchino mines. Afterwards, you can toast your fascinating expedition together with an apéritif.

Even the Etruscans knew about the peculiarity of this place and the bright red vermilion mineral hidden in the depths. With its help, from about 800 to 350 BC, they passed on their amazing knowledge, their messages and perhaps even dreams to the following generations - mostly pictorially on fired clay.

As you travel back in time through the mines, you will learn where exactly they came from, what mission they fulfilled, and why the horse played such an important role in their culture.

Finally, today's Cornacchino has also adopted the sign of the horse in Etruscan style.

Red luminous veins in the rocks

As we marvel at glowing veins of cinnabar in the mines, witness the glitter of the limestone and its slowly re-emerging stalactites, we sense the harshness of the former mining industry: the heavy clay in the narrow vertical passes could only be removed by children's hands. In the tiny niches of the narrow mine passages, people ate lunch and rested a bit in the darkness.

This is how old diaries tell it. They tell of hard mining work, especially in the period between the second half of the 19th century and the end of the First World War, of the emergence of the village of Castell'Azzara and the migrants who came to work in the mines of Cornacchino, Abbadia and Morone under the harshest conditions - under the direction of various protagonists from Bohemia, Saxony, Belgium, Poland, Austria, France and, of course, Italy.

Economic connections are revealed and show how technical achievements of our time are directly related to the mining of the local ores and minerals.

Then and now: a place of integration

After the closure of the mines and the following stage of various cooperatives, a new era dawned for Cornacchino: The individual fusion of three men, Fabio, Ezio and Giulio, and their wives from different cultural contexts (Switzerland, Denmark, Italy) began to change this place again around 1990.

Deep bonds of friendship and love were forged here. Children were conceived and raised. Some ties were severed over the course of three decades. But they all contributed to make Cornacchino a place where people from all cultures meet in harmony through its enchanting nature and through the love for horses.

In Cornacchino today - as in the past underground - valuable integration happens. People from all over the world come to this place to relax from their daily routine, to discover the past and to enjoy the here and now together.

On the paths of the miners

So if you want to experience the history of Cornacchino live and not only seek adventure in the western saddle, just book the time travel with Cesare and Reno on your next visit.

From the reception, you follow the former working route of the miners and immerse yourself for two hours in a fascinating past that still shapes today.